State Legislatures: What They Do and Why You Should Care

State legislatures tend to fly under the radar unnoticed. (Do you know who your state legislators are? I sure didn’t a few months ago.) But they really shouldn’t, because they actually do some very important things!

First, state legislatures make election law. They decide when and where and how you can register, whether and what kind of ID you need to vote, and whether independents can vote in primaries. They decide whether local and state elections are held in random off years (New Yorkers and New Jerseyans, we have an election coming up November 7, 2017!) when turnout is low, or if they are held at the same time as presidential elections and Congressional midterm elections. They decide whether you can vote after you’ve served your prison sentence, or whether you are permanently disenfranchised. They can set up automatic purges of the voter rolls, or not. So your quasi-anonymous state senator actually has a lot of power over the way you vote for president, or whether you get to vote at all.

Second, state legislatures draw congressional districts. They are responsible for the gerrymandering that makes it possible for Republicans to simultaneously win fewer votes and more seats in the House of Representatives. They are responsible for carving out safe districts that make general elections uncompetitive (and throw the real fight to the primary elections, where turnout is lower). They can make it far harder or far easier for us to hold our members of Congress accountable at the ballot box.

So now that you are all fired up about state legislatures, how do we go about winning them?

Second, get involved! There are a few excellent organizations working on this important strategic issue.

New York friends, No IDC NY is the organization to join. Help us take back the NY State Senate from fake Democrats and real Republicans. Make sure you register as a Democrat by October 13, 2017, so you can vote in the 2018 primaries.

Follow Ross Barkan on twitter for in-depth analysis on the IDC (fake Dems who caucus with Republicans), voting rights and ethics reform, and all the ways Albany could (and isn’t, yet) countering the Trump agenda. Then go get involved in Ross’s campaign – after years of covering Albany’s dysfunction he is running for office to fix it. Ross is challenging a Republican incumbent for a state senate seat representing South Brooklyn, and he just might flip it if you knock a few doors for him.

Nationally, there are some excellent organizations working to flip state legislatures and governor’s. There are many ways to help, so pitch in however you can.

www.flippable.org Flip state legislatures and governors states from red to blue, with a focus on individual, strategic and flippable races.

http://forwardmajority.org/how Nationwide organization that deploys resources and expertise to hundreds of state and local races across the country. Focuses on helping Democratic challengers topple Republican incumbents.

https://www.spreadthevote.org/ Helps marginalized voters get the IDs they need to vote. Voter ID laws have disenfranchised many voters across the south and the midwest. We won’t win state legislatures back without turning this tide.

https://www.ourstates.org/ Tracks policy issues at the state level. It’s a great way to keep tabs on what your own state legislators and governors are up to. If you know what they are doing, you can call them up, vote them out, and otherwise hold them accountable.

http://www.noidcny.org/ New York friends, this is the organization to watch and join. They are working to raise awareness about the IDC, fake Dems who throw control of the state senate to Republicans, and they are working on primary challenges too.

Go forth and take back your state legislatures, Indivisible friends!

@TheJewishVote: Just a few of your friendly, local #JewsForMaya saying Shavua Tov with the next Mayor of NYC! https://t.co/EK0Ukn7DUk 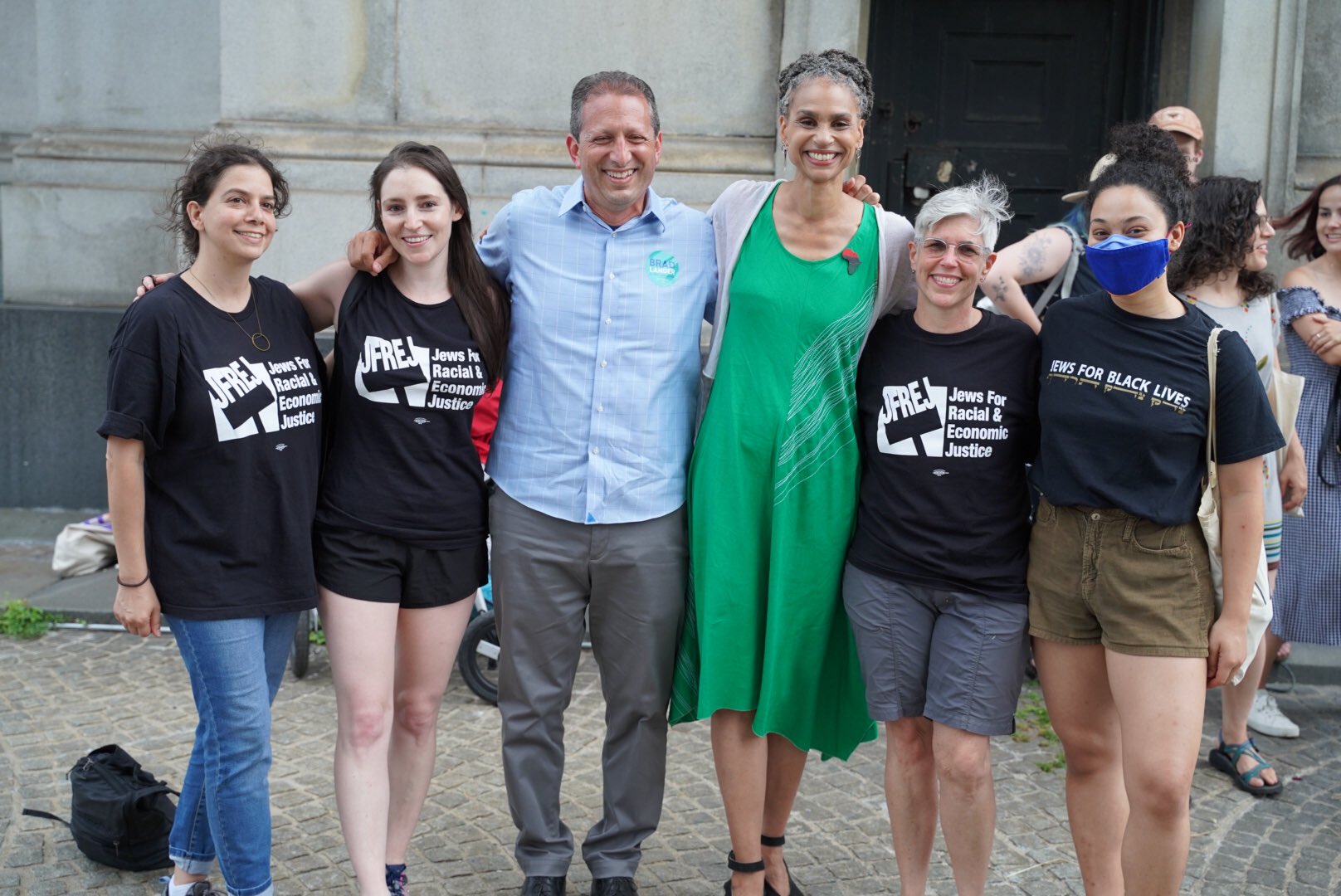 @MartiGCummings: Ended the day with @Biaggi4NY chatting with voters on the Upper West Side https://t.co/rXHEgE9dnq 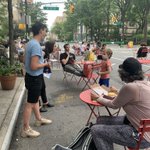 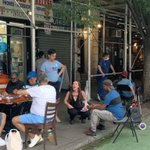 @BLeeForCongress: In recognizing this important day and its history, let’s keep the fight going and pass Rep. Sheila Jackson-Lee’s HR40 legislation to establish a commission to study and develop reparations, and my bill to create a truth, racial healing, and transformation commission. #Juneteenth
h J R
@INDVSBLHarlem

Today, we remember. Today, we reflect. Today, we rejoice. But today we also *recommit*––to our work to truly win justice, equity, & liberation for Black Americans. What's new is that #Juneteenth2021 is a federal holiday, but here's what isn't new: our work. The work continues. https://t.co/romNofb2og 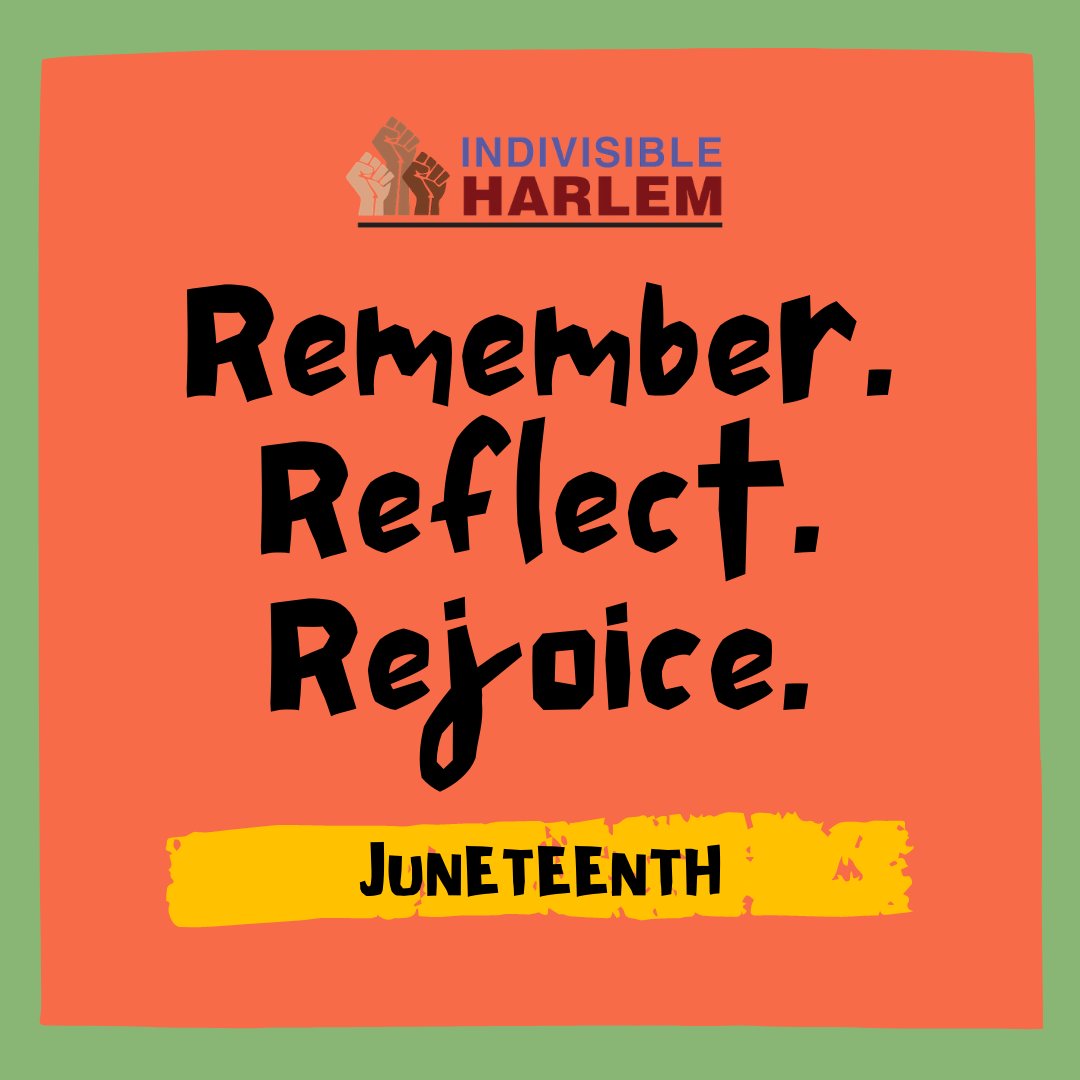 @mayawiley: I’ve been Black all my life. And as the child of civil rights activists, I’ve been organizing and fighting for change all my life. So this endorsement means a lot to me. @BLMGreaterNY is leading the pursuit of justice for our people. This partnership is power.
h J R
@INDVSBLHarlem

@mayawiley: I am proud to have the support of @Biaggi4NY — an incredible woman, leader, and advocate for her community. Our coalition for a New York that works for all people is growing everyday, and I couldn't be happier to have Alessandra on board. https://t.co/5UeSModeYX 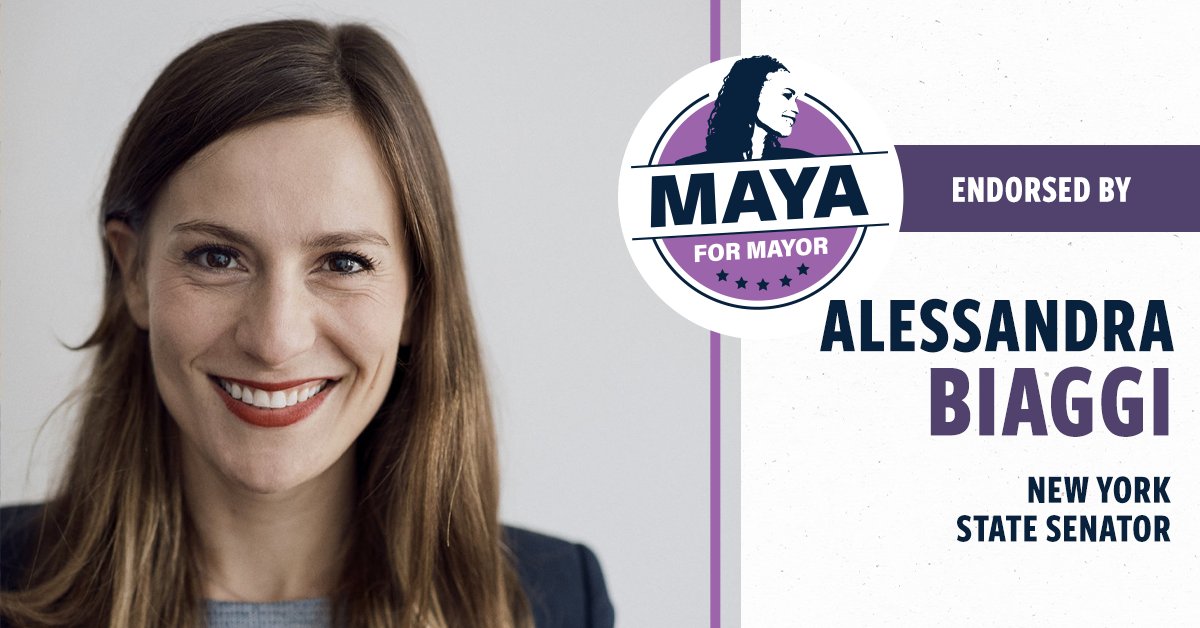 @AlvinBraggNYC: Proud to have the support of @DowntownWomen in this #ManhattanDA election. Founded by New York women, they're committed to forwarding women's rights, supporting women and girls, and electing progressive, pro-choice women and allies. Thank you! #TeamBragg #JusticeCantWait https://t.co/BsPs55EFWS 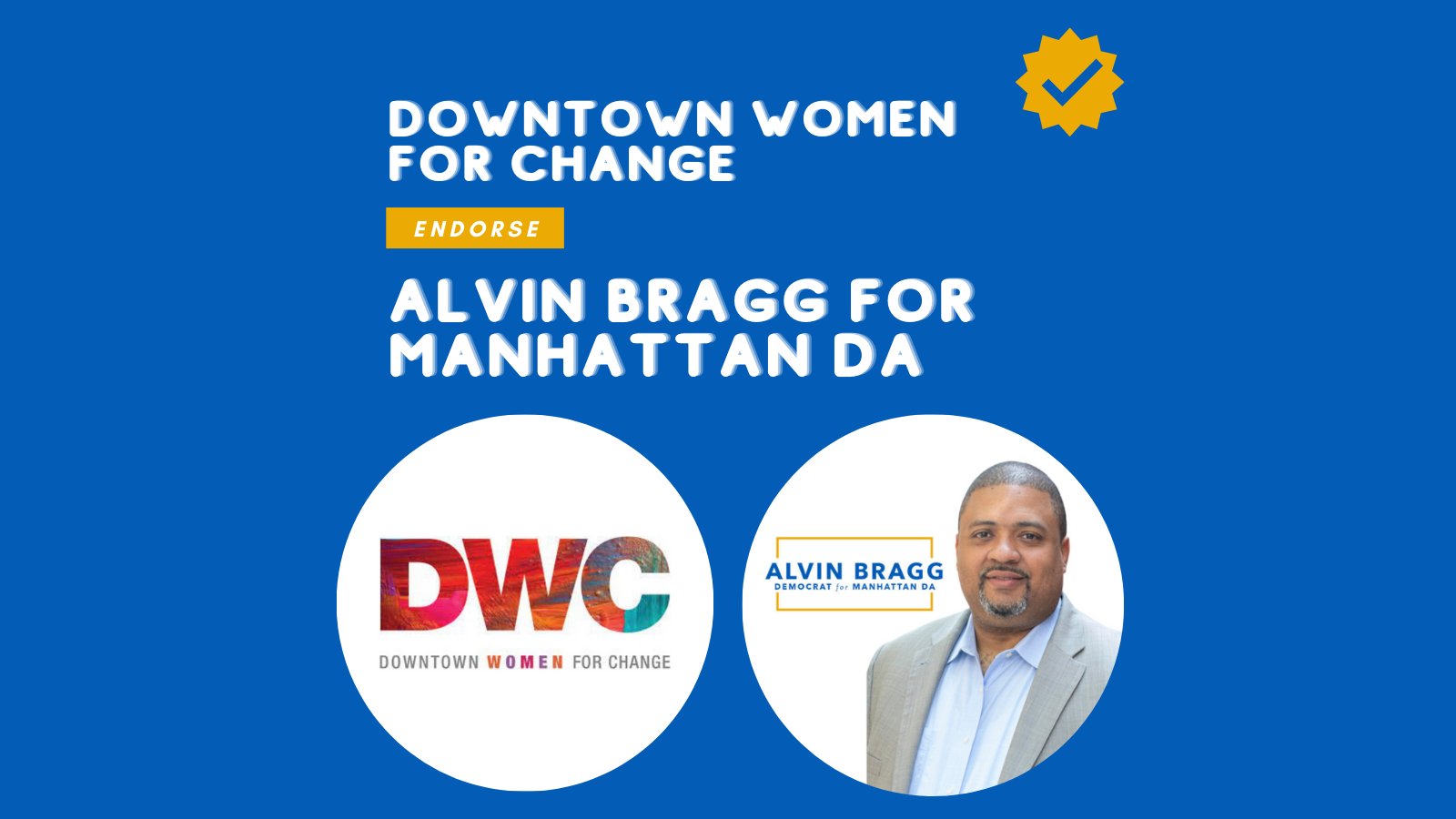 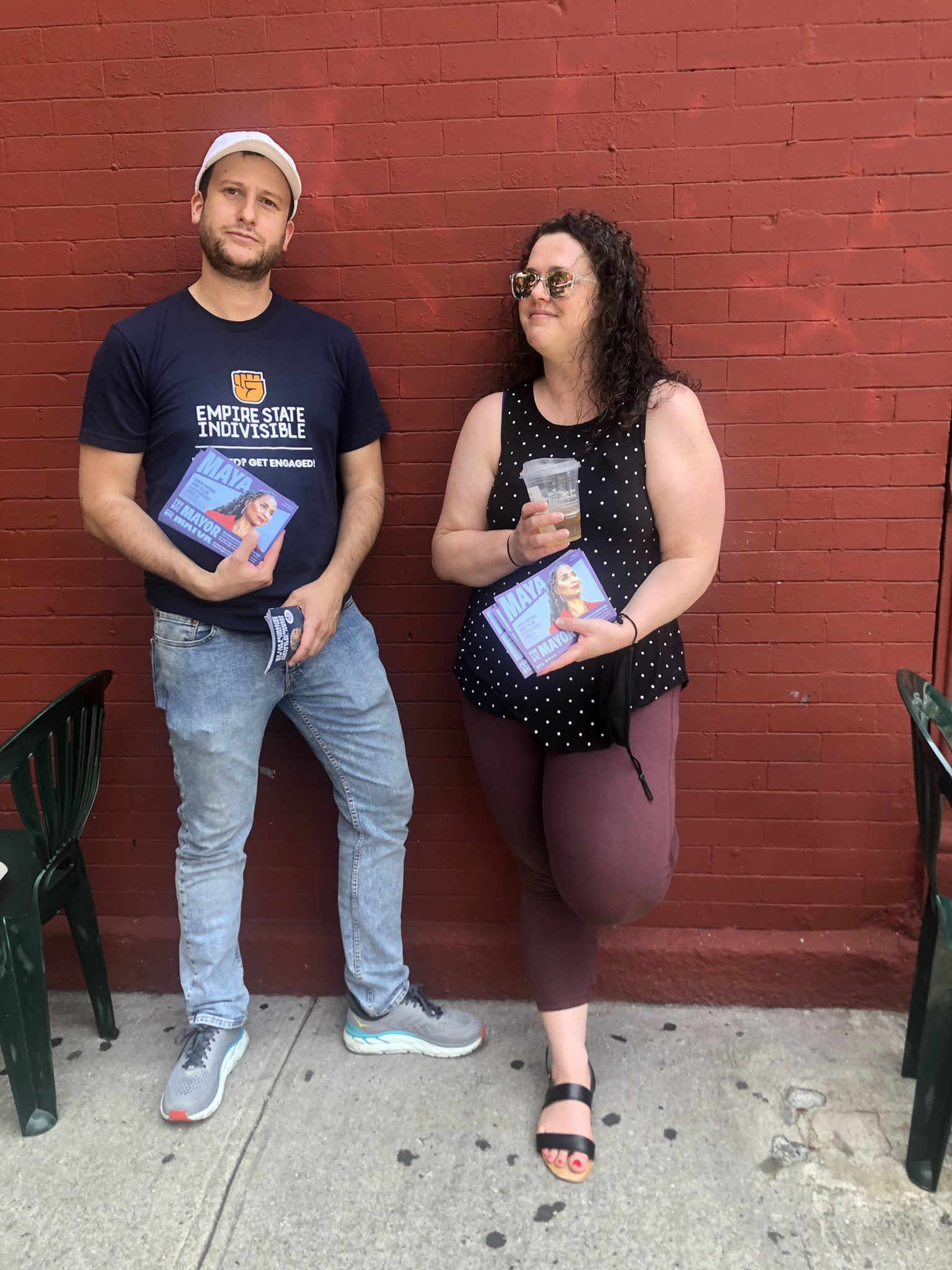 @NYWFP: Today we recognize the legacy of slavery, celebrate freedom, and continue the work of undoing white supremacy and racial injustice. #JuneTeenth2021 https://t.co/XtQ3wQ8w7W 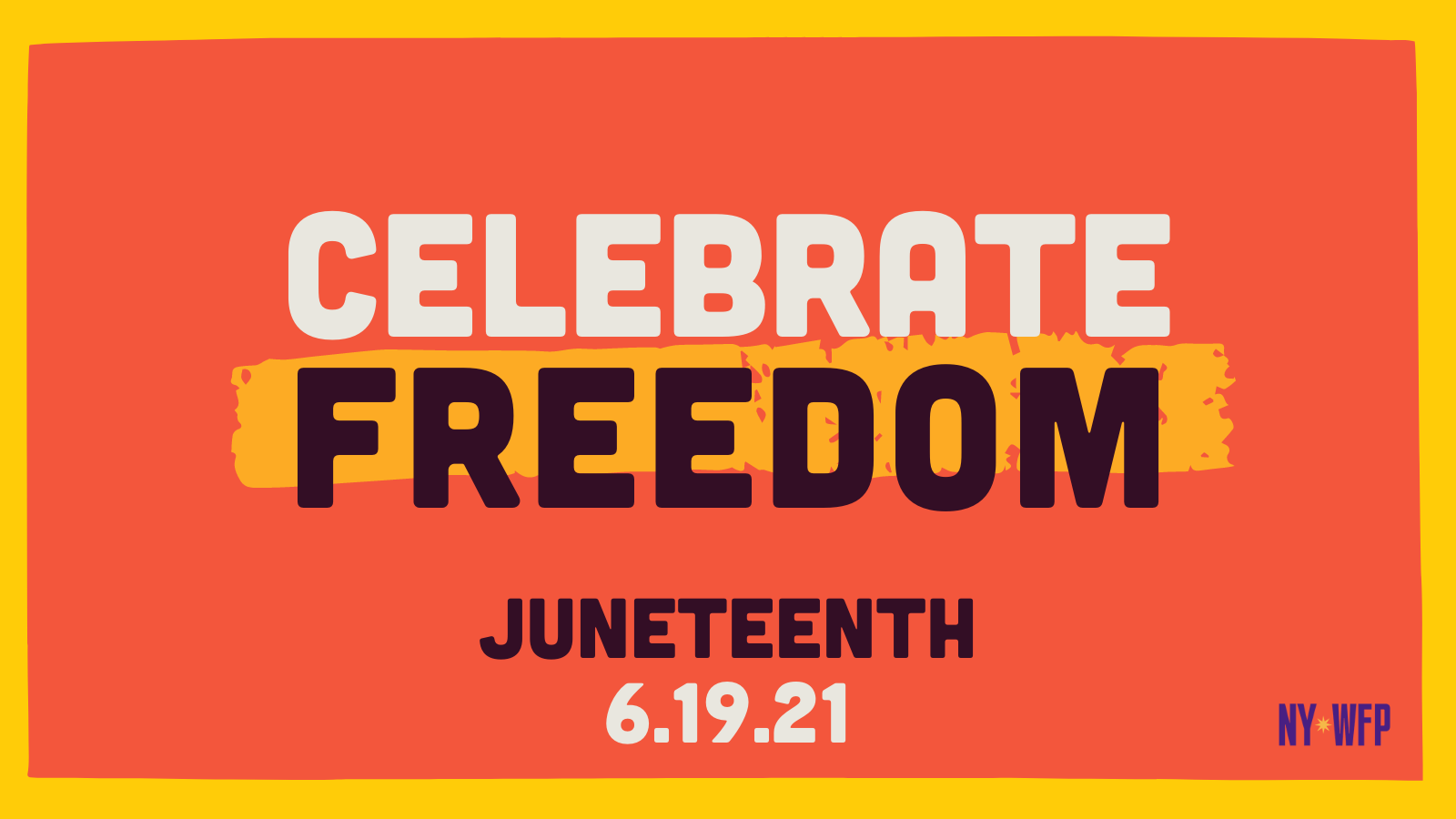 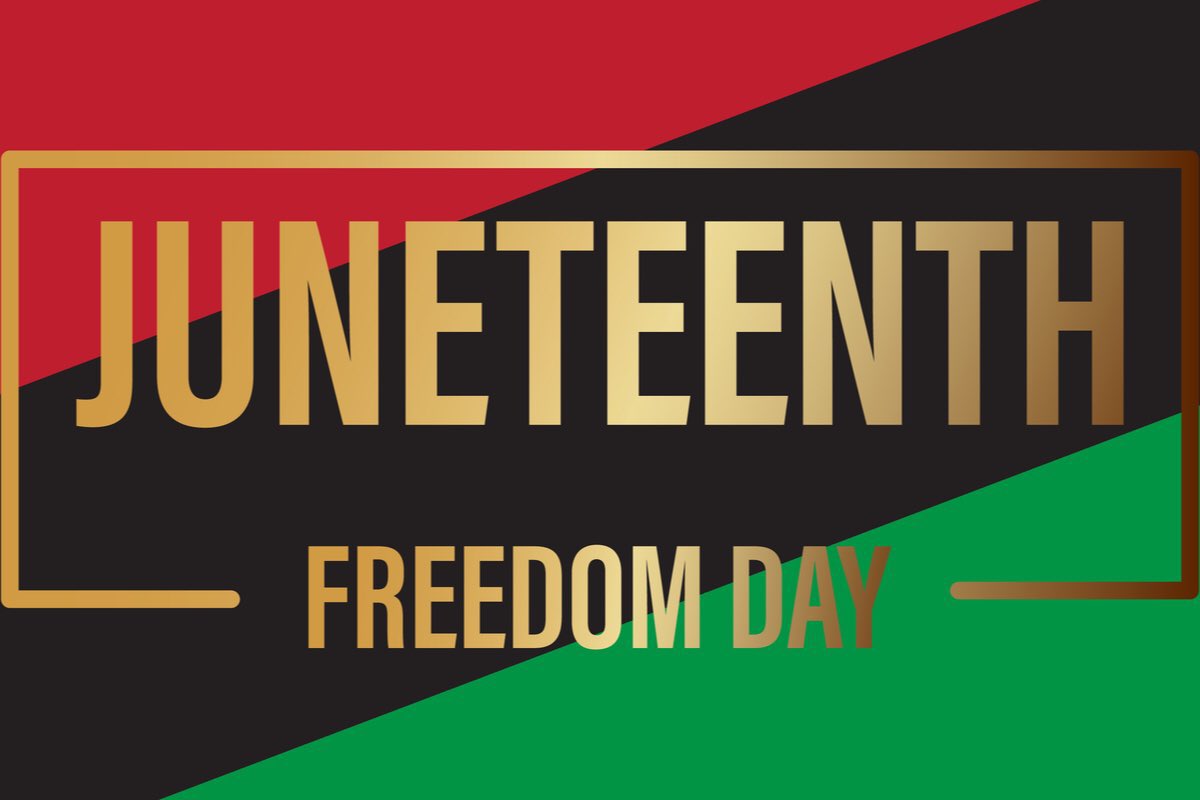 @es_indivisible: We’re back out in Lower Manhattan to help GOTV for @mayawiley and @TeamMayaNYC! Early voting sites are open today and tomorrow. If you haven’t gotten out there to vote, find your poll site and rank Maya #1 for Mayor! https://t.co/7Hl27HTtne https://t.co/icxeCDEare 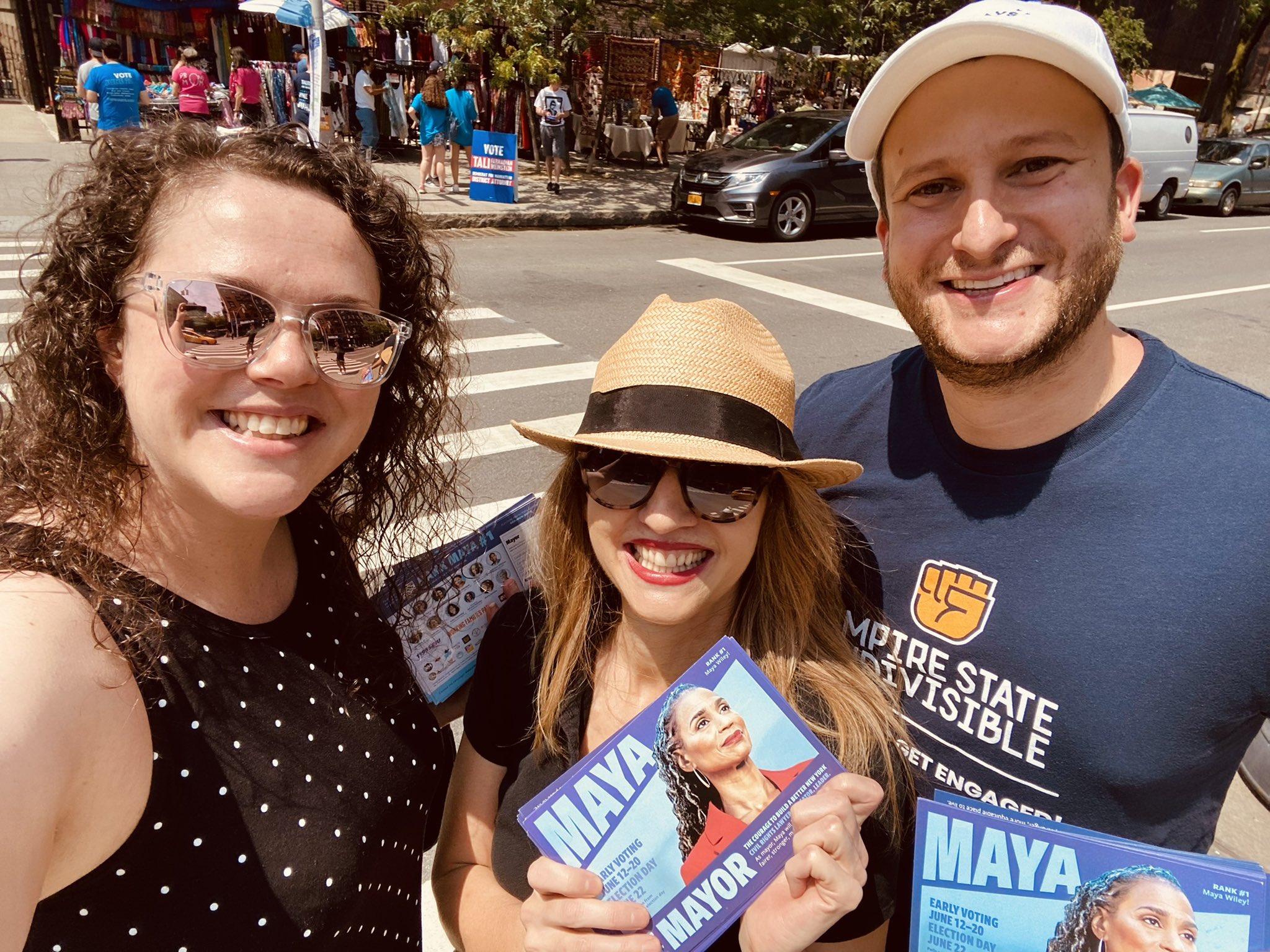 @jeppsaddison: I’m thrilled to announce that @CPDAction has joined our affiliates @MaketheRoadAct @VOCALNewYork & @CuffhAction in endorsing @mayawiley4nyc I’ve known and admired Maya since her days on the @popdemoc board of directors. She is fiercely committed to organizing and people power✊🏽 https://t.co/ZqgXRnx2i0 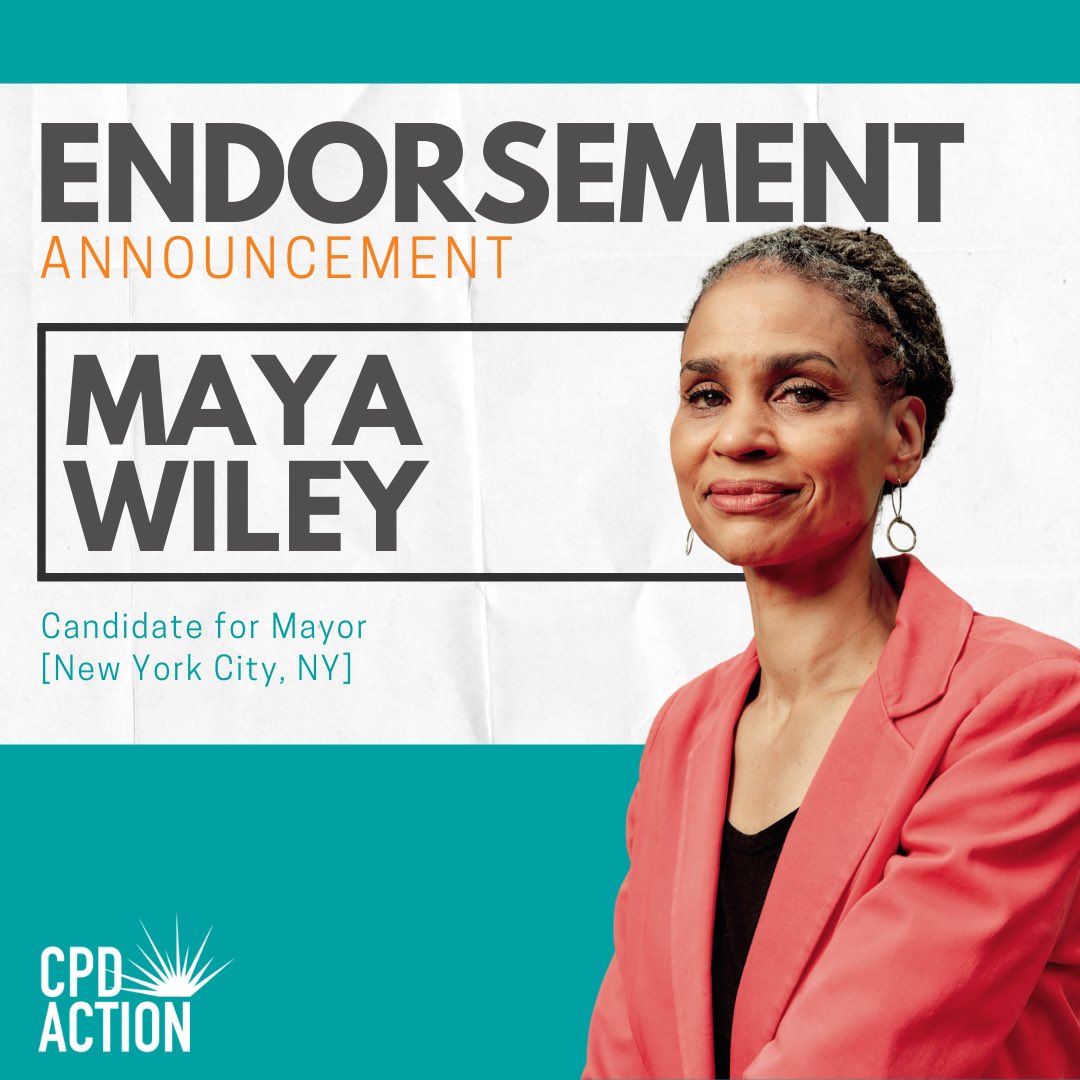 @mayawiley: Moms get it done! As a mother, a Black woman and a lifelong advocate for racial and social justice, I will not stand by as we lose a generation of our children. I am so proud to have been awarded the 2021 @MomsDemand Gun Sense Candidate distinction! https://t.co/rI6nuMnzgo 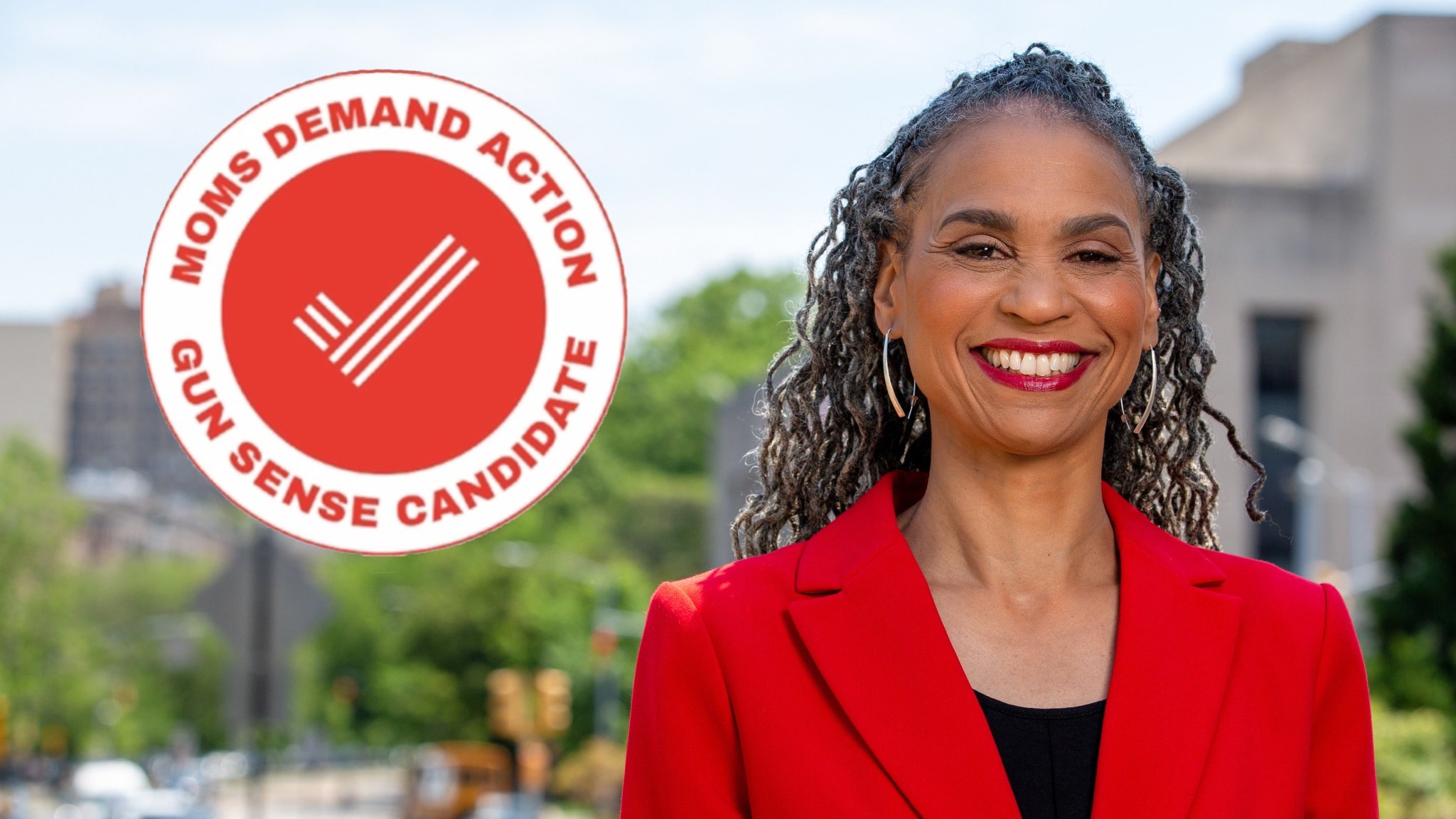 @MaketheRoadAct: ICYMI: Earlier today our members and allies stood proudly w/ @mayawiley. "Maya's experience and deep connection to our causes makes her the clear progressive choice for our city," shared our Co-ED @TheoOshiro. Maya is our #1 choice for NYC Mayor! #Road2Maya https://t.co/kkOKbQknLq 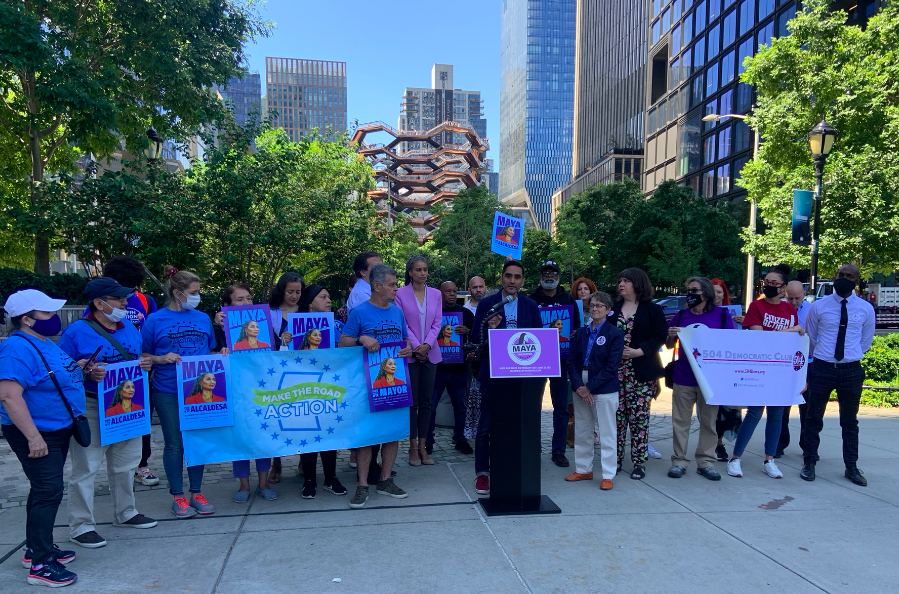 @es_indivisible: .@SenSchumer is bringing the #ForThePeopleAct to the floor next week. Finally! Let’s get all the votes we need to pass this bill by any means necessary. #FilibusterFriday https://t.co/OoqAqd6CGv
h J R
@INDVSBLHarlem

@mayawiley: This race is about whether we tinker with what’s broken or fix it once and for all. A better New York City is possible. It just takes courage. I’m Maya Wiley, and I’m asking for your vote. https://t.co/OsXPYbS21r 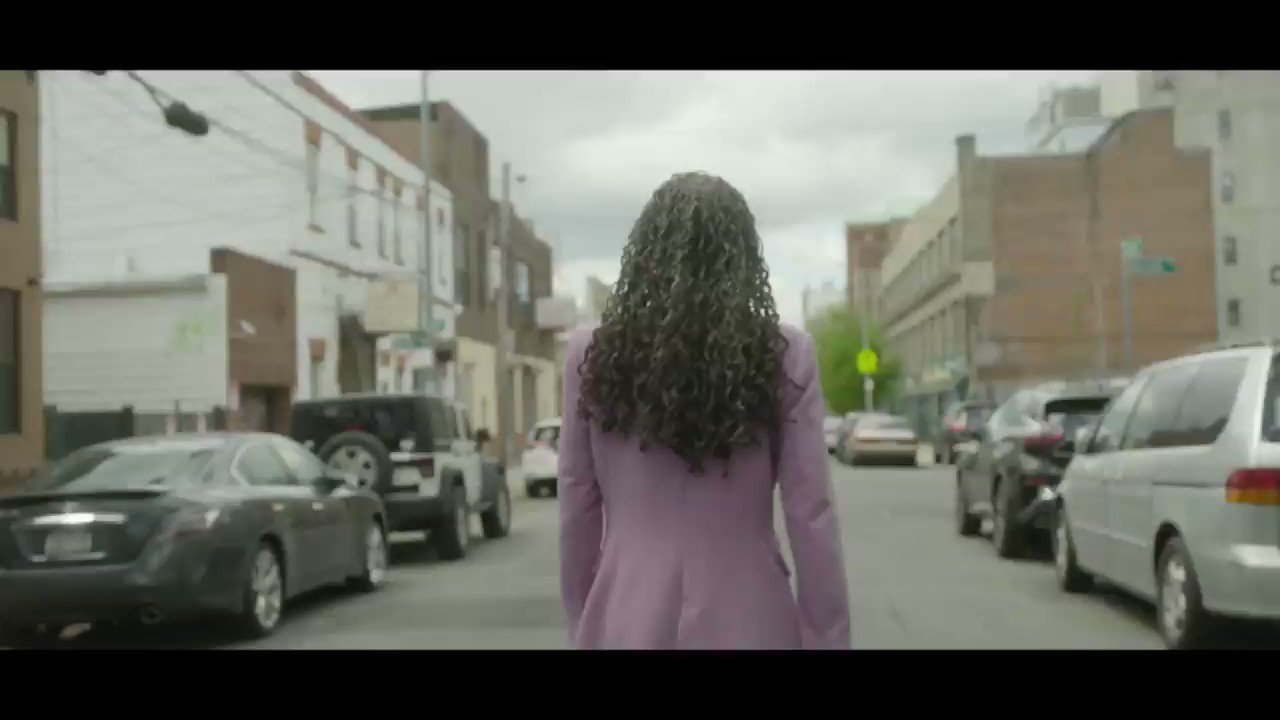