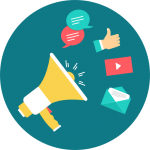 What was the Independent Democratic Conference?

To begin, they are neither independent nor Democratic. This is a group of NY State Senators who run on the Democratic ticket but work with Republicans once they get into office. That means that even though Democrats have an elected majority–32 to 31–control of the senate passes to the Republicans.

What did this mean?

Smart, progressive ideas like early voting, automatic voter registration, tuition assistance for children of undocumented immigrants, access to reproductive health services, criminal justice reform, and campaign finance reform all died in senate committees, even though they had been passed by the NY State Assembly.

What did IH do to help defeat them?

Many of our members live in State Senate District 31, occupied by Marisol Alcantara, who is a member of the IDC. We flyered, called, registered voters, and organized around unseating her. We’re happy to say she lost the primary to the candidate we endorsed, Robert Jackson. If you live in his district, please consider voting for him!

What can you do?

For more on the IDC, watch the video below and visit noIDCNY.org, where you can find out if your state senator has decided to throw your voice out the window.